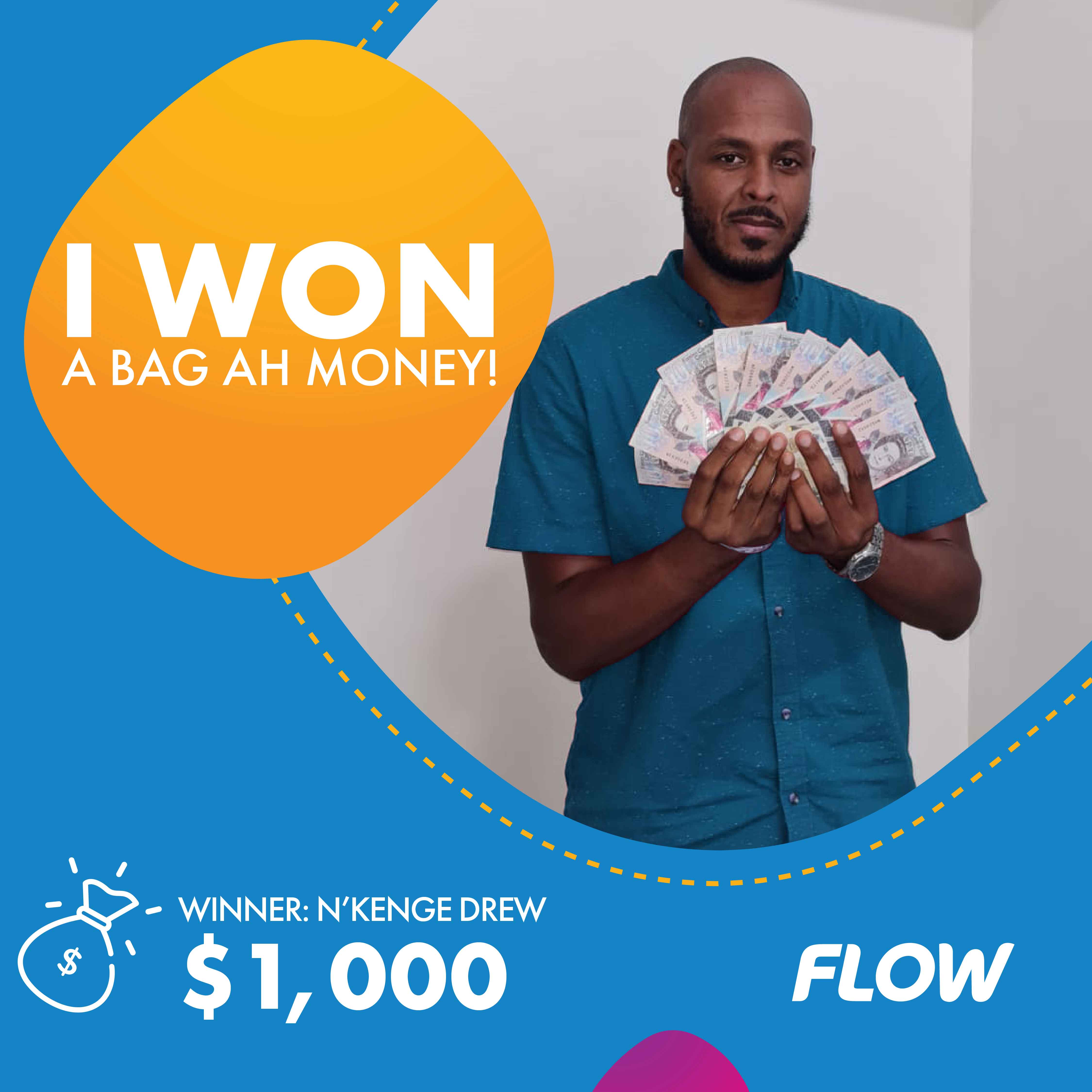 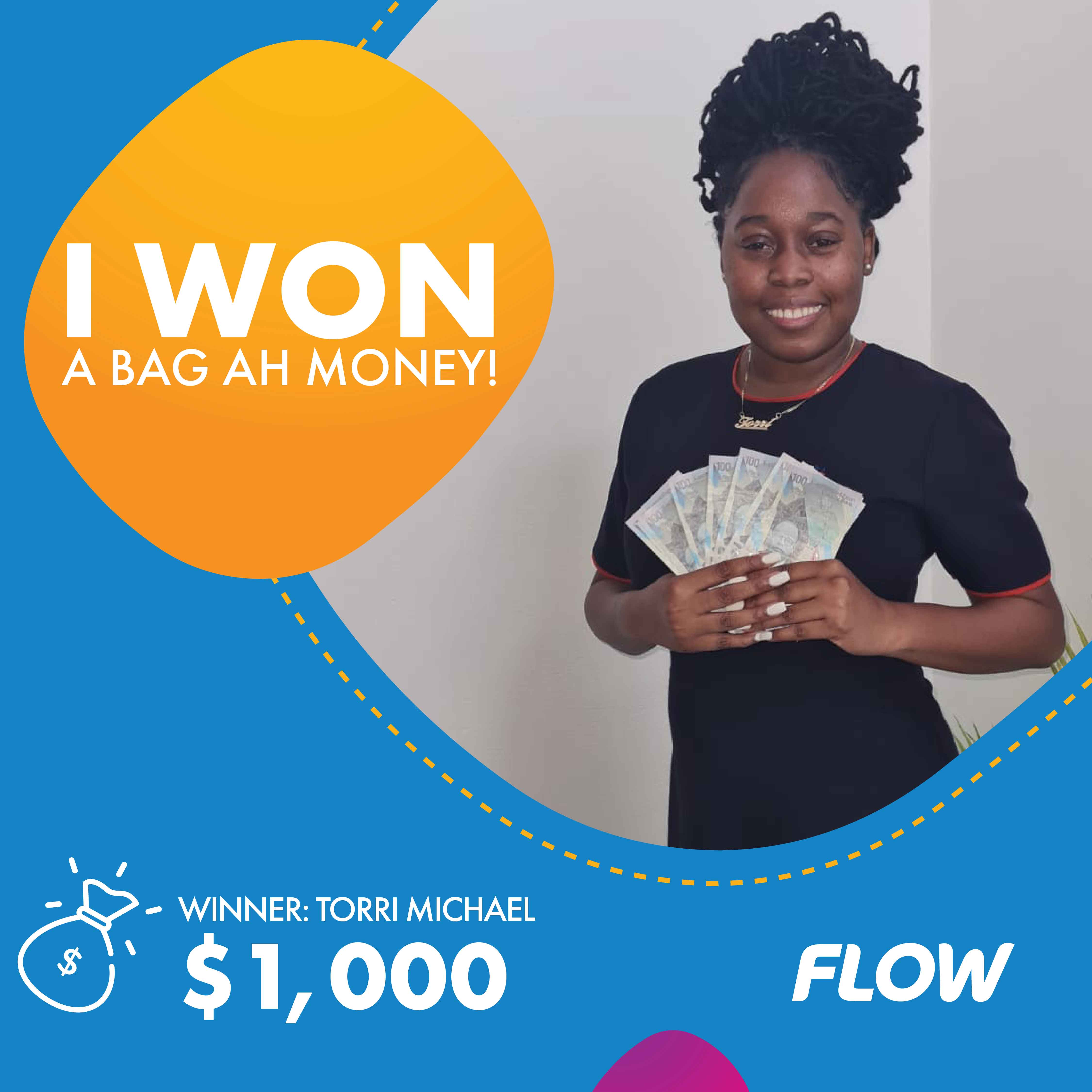 An excited Torri Michael and N'Kenge “Beef” Drew are the latest Flow customers to join the lineup of earlier “Bag Ah Money” winners. Torri and N’kenge who were latest two $1,000 winners were both excited as they collected their share of $30,000 in Flow’s Bag Ah Money Promotion. N’Kenge and Torri confessed that when they recently activated their Always on Prepaid Plans they never thought that they would win. However now that they have won, they have their eyes set on the second $10,000 grand prize for a repeat performance.

“The great news is that Torri, N’Kenge and all the other previous winners as well as anyone who signs up for a Flex Postpaid Plan, activates a 7 or 30 Day Always on Prepaid plan or pays a mobile, Internet or TV bill in full can win the final $10,000 prize which will be drawn on Friday 3rd September” said Shand Merchant Flow’s Marketing and Communications Manager.

Flow’s unique “Bag Ah Money” summer promotion has been making waves and creating excitement in the local mobile market with its weekly lineup of lucky winners. Some 10 winners so far who have all literally walked away with a much needed “Bag Ah Money” that for all our winners came in just in time” added Merchant