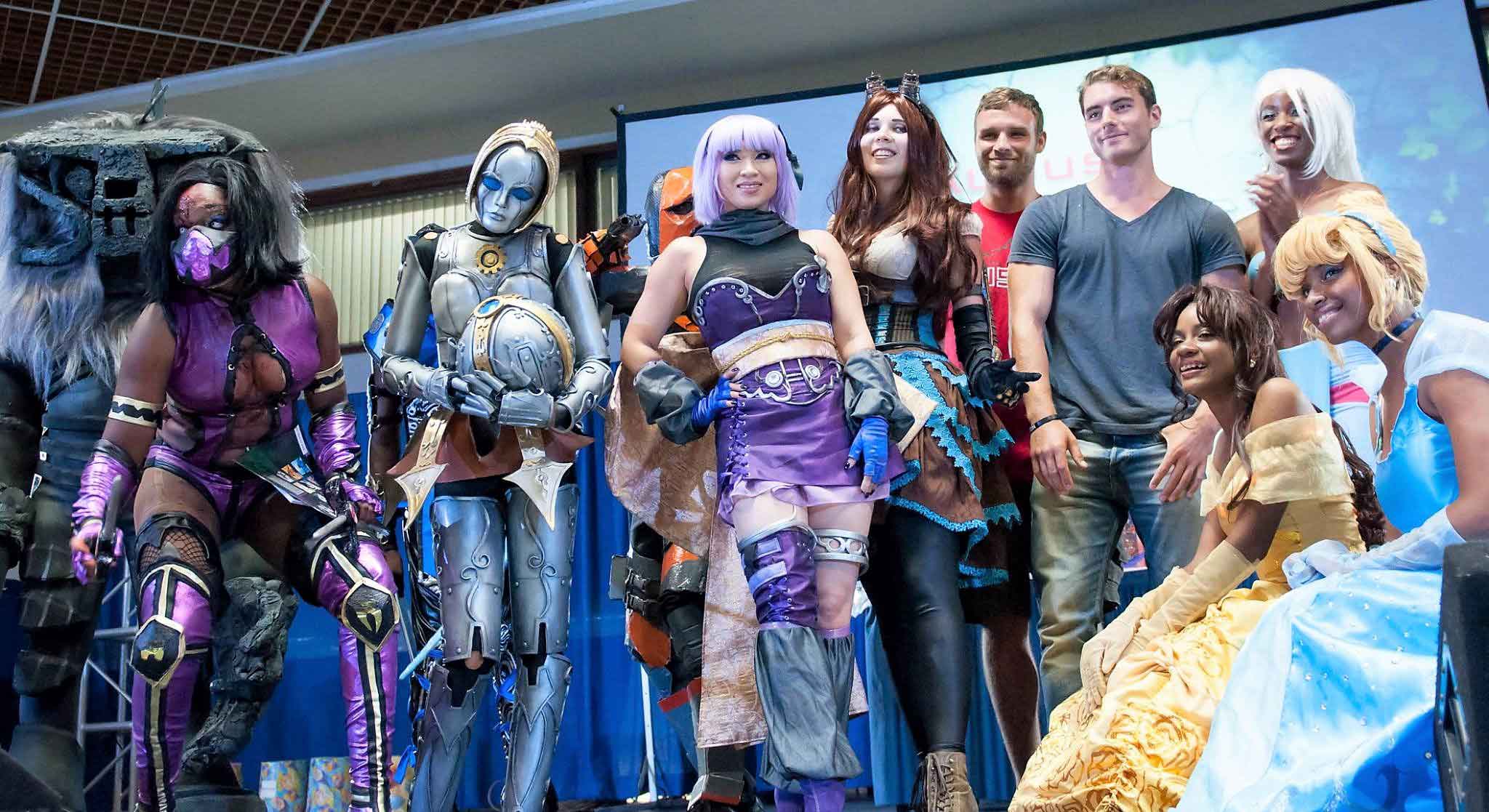 Bridgetown, BARBADOS (August 13th, 2018) – The wild and wacky will take centre stage this weekend, as thousands of fans are expected to pack the Lloyd Erskine Sandiford Centre for the ninth edition of the Flow AnimeKon Expo.

This year, the Caribbean’s premier pop convention is being held under the theme ‘World of Wonder’ and several international actors and cosplayers, including Manu Bennett, who is best known for portraying the character Crixus in the critically acclaimed Spartacus film series, have confirmed their attendance.

“AnimeKon was established to provide a platform for the typically untapped segments of our creative industries, so it serves as an incubator for Caribbean nationals of all ages where they can unleash their imaginative and innovative talent,” said creative director Melissa Young.

“Each year we try to raise the bar and we are looking forward to once again celebrating all the things we love about popular culture and entertainment including anime, comics, gaming, film, television and cosplay. In keeping with this year’s theme, it will be an unforgettable world of wonder,” said executive director Omar Kennedy.

Flow returns as title sponsor for the fifth consecutive year and the telecoms provider also has plenty in store including free commemorative framed photos for all patrons who upload their images to Instagram using the hashtag #FlowAnimeKon2018.

“AnimeKon is now recognised as a high quality, home-grown event that continues to attract thousands of patrons and we are proud to be supporting the talent, creativity and sheer brilliance of our local and regional artists and artistes across all genres,” said Marilyn Sealy, Director of Communications and Stakeholder Engagement, Flow Barbados.

“From a sponsor’s perspective, we are also very proud of AnimeKon’s evolution in terms of providing an entrepreneurial platform for young business people involved in the creative arts. The sights and sounds of AnimeKon are simply magical as we are able to witness first-hand what our young people are able to dream and then make a reality. For us at Flow, this is probably the most rewarding aspect of our sponsorship of AnimeKon.”

The annual two-day event has also attracted more than 150 exhibitors, along with international guests such as celebrated comic book artists Charlie Adlard (The Walking Dead) and Mark Texeira (Black Panther). Both will deliver interactive presentations and workshops as part of AnimeKon’s educational programme.

As has become customary, the major highlight of AnimeKon will no doubt be the hugely popular cosplay tournament – where actors and patrons depict characters in popular animations, video games or comic books. A record sixty competitors have entered to date, including fifteen professional cosplayers.