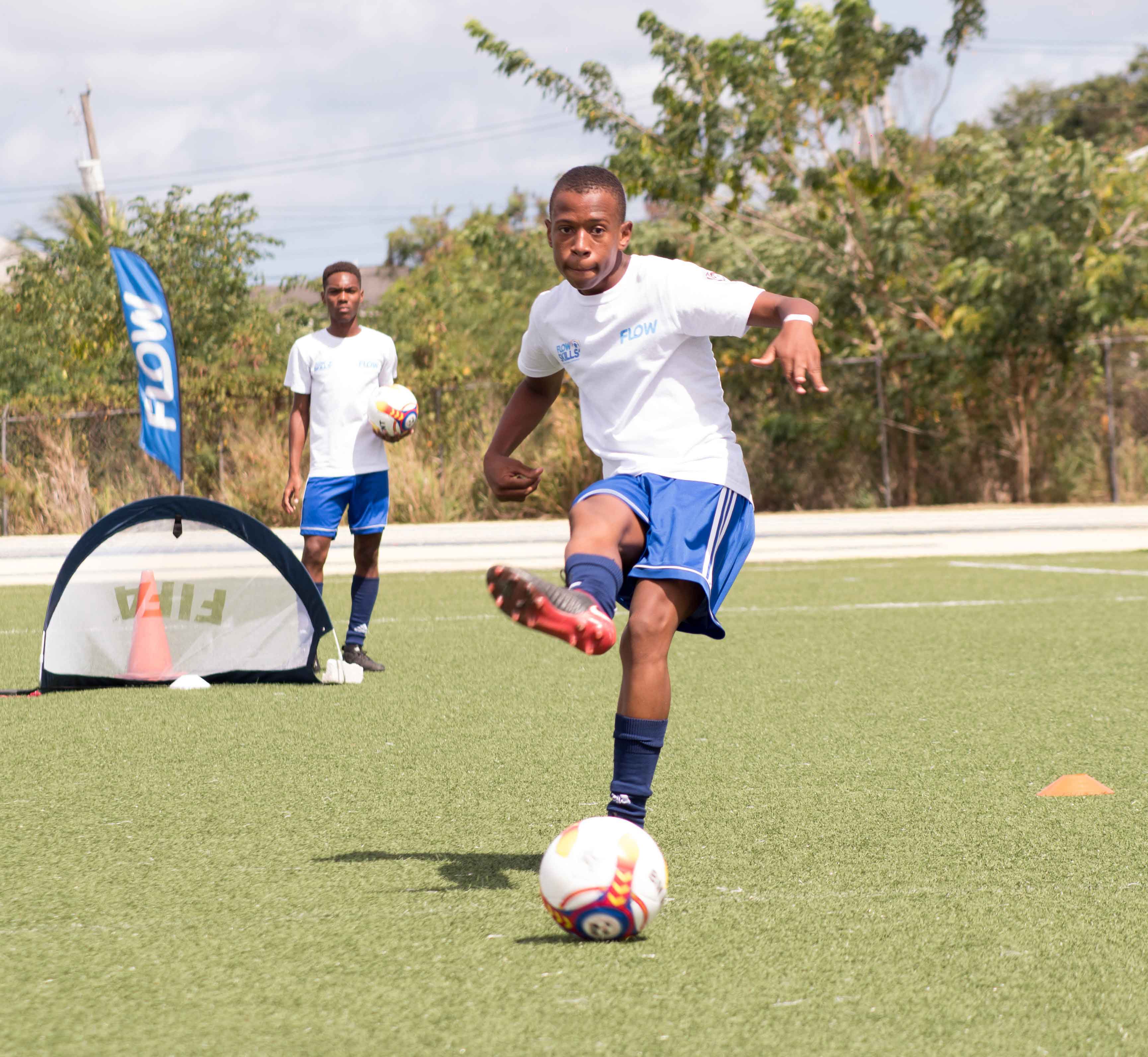 BRIDGETOWN, Barbados (May 10th, 2018) – A lifelong dream is about to become a reality for young Nathan Skeete.

Thanks to Flow, the standout national youth footballer and Combermere student left Barbados earlier this week for a once-in-a-lifetime trip to Old Trafford to see Manchester United play live at the ‘Theatre of Dreams’ against Watford on Sunday.

Skeete, a utility player who is also a member of the Pro Shottas, bested more than thirty of the Caribbean’s top junior footballers when the final of the 2018 Flow Skills Challenge was staged in Trinidad last month.

Prior to that, he was chosen as the best local player when the Barbados-leg of the Challenge was hosted at the Usain Bolt Sports Complex in March.

“We are absolutely thrilled that Nathan’s dream is about to come true. He is an exceptional young man and from a sponsor’s perspective we are very pleased that someone so deserving emerged as the overall winner,” said Marilyn Sealy, Director of Communications and Stakeholder Management, Flow Barbados.

“This competition has already inspired hundreds of young Caribbean footballers to pursue excellence and chase their dreams, and we are confident that Nathan’s experience in Manchester will motivate him even more and our ultimate hope is that he returns and shares his experience with his peers and teammates.”

As part of the Flow Skills Challenge, which is endorsed by the Caribbean Football Union (CFU), both player and coach were required to participate in a series of drills that focused on short passing, dribbling, defensive qualities, teamwork, attitude and scoring goals.

As part of his prize package, Skeete earned himself a trip to the world-famous football stadium to witness one of Manchester United’s final Premier League games of the season up close and personal. The VIP experience will also include a visit to the Manchester United Museum and a personal tour of the Red Devils’ stadium.

The Flow Skills Challenge has been specially designed by coaches at the Manchester United Soccer School and is delivered annually to young Caribbean footballers through the club’s partnership with Flow.