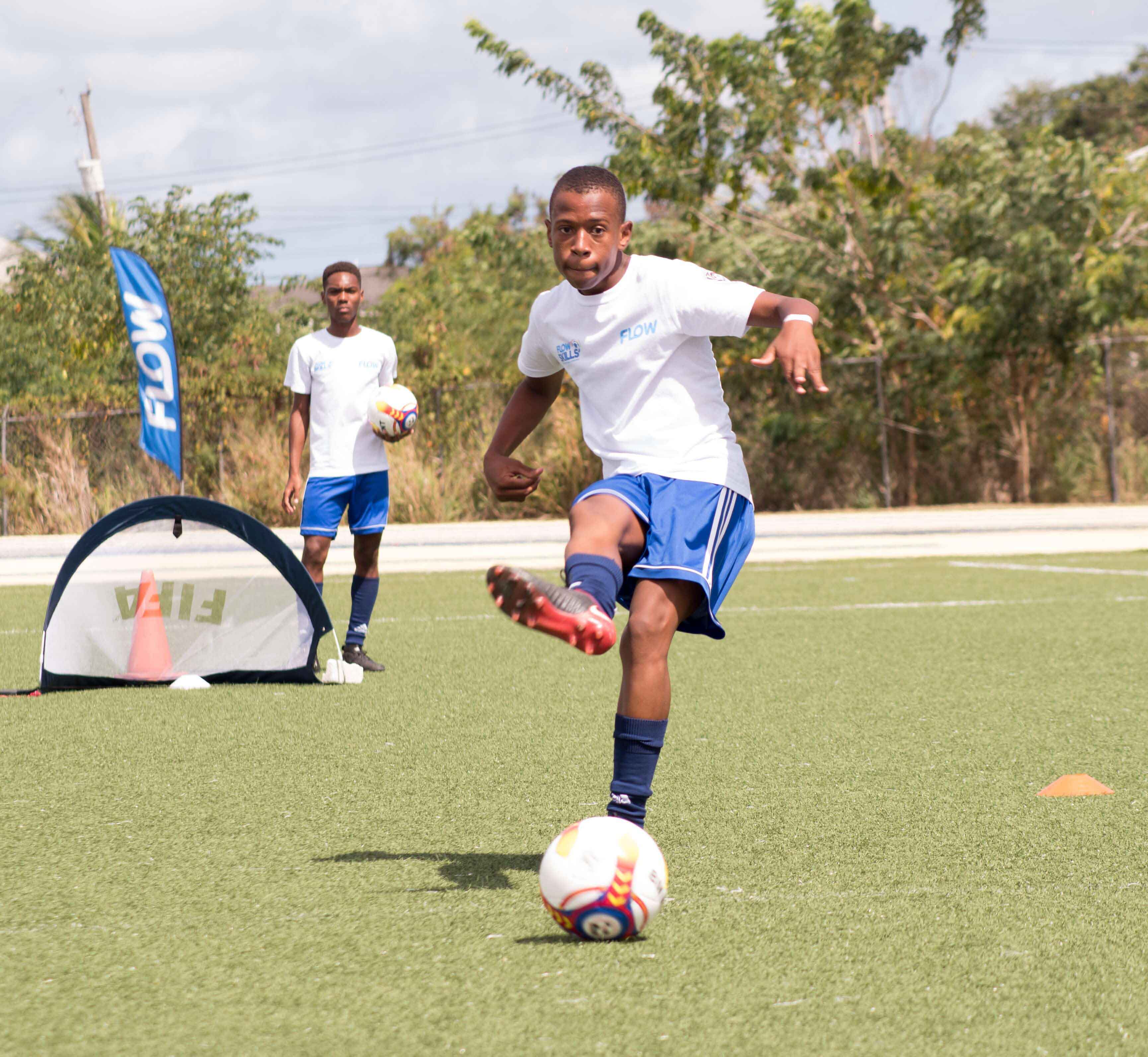 BRIDGETOWN, Barbados (March 26th, 2018) -- The dream is very much alive for Nathan Skeete.

The standout national youth footballer and Combermere student has been announced as one of the two winners of the 2018 Flow Skills Challenge, paving the way for a once-in-a-lifetime trip to Old Trafford to see Manchester United play live at the ‘Theatre of Dreams’.

Skeete, a utility player who is also a member of the Pro Shottas, bested more than thirty of the Caribbean’s top junior footballers when the final of the Challenge was staged in Trinidad over the weekend at the St Joseph Convent Grounds.

“Nathan is a member of the national under-17 team, so being in that environment would have helped him to prepare for an event like this. There will be more encouragement now as this can inspire other young footballers in Barbados,” said Renaldo Gilkes, Chairman of the Barbados Football Association’s Youth Committee, who accompanied Skeete, along with his father, during the two-day trial in the twin-island republic.

As part of the Flow Skills Challenge, which is endorsed by the Caribbean Football Union (CFU), both player and coach were required to participate in a series of drills that focused on short passing, dribbling, defensive qualities, teamwork, attitude and scoring goals.

Brian Burkett of Jamaica was announced as the other grand prize winner.

As part of his prize package, Skeete has earned himself a trip to the world-famous football stadium to witness one of Manchester United’s final Premier League games of the season up close and personal. The VIP experience will also include a visit to the Manchester United Museum and a personal tour of the Red Devils’ stadium.

The Flow Skills Challenge has been specially designed by coaches at the Manchester United Soccer School and is delivered annually to young Caribbean footballers through the club’s partnership with Flow.