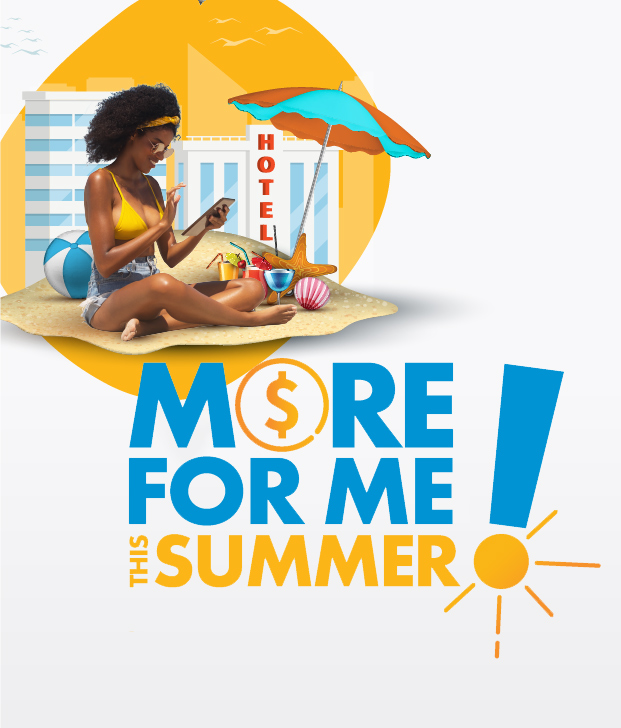 FLOW ‘More for Me’ Summer Promotion 2022

1. The promotion begins on July 27th, 2022 and ends on August 31st, 2022. Prize winners will be selected at random; over the promotional timeframe.

2. This promotion is open to new and existing FLOW mobile customers.

3. The entire promotion will run for 5 weeks with a grand prize of USD 500 in cash disbursed in the last week.

4. Participants can enter the promotion and the prize draws by Signing up for or Upgrading of a Hybrid Bundle.

5. Prizes will be drawn weekly from the start of the promotion.

6. To be eligible to win, participants’ accounts must be active and in good standing (i.e., no outstanding bills) at the time of the prize draw. In order to claim a prize, the potential winner must also present a valid, legal form of photo identification (e.g., drivers’ licence, passport, voter’s identification card). Existing customers will also be required to bring a recent phone/service bill (i.e., from within the last 3 months) identifying them as the contracted subscriber, as well as valid photo identification. If the service is not in the name of the potential winner, that person will be required to bring a signed letter of permission and a copy of valid photo identification from the contracted subscriber. Failure to satisfy any of those requirements will result in any potential prizes being forfeited.

7. An electronic database will be used to randomly select the potential prize winner(s) from among all eligible entries. Potential winners who are deemed to be eligible as per the other criteria in these promotion rules (e.g., their accounts are in good standing) will be contacted by a FLOW agent.

9. In order to claim and receive a prize, the potential winner may be required to sign FLOW’s Liability Release. Failure or inability to sign that release will result in the potential winner being disqualified and an alternate winner selected at FLOW’s sole discretion.

11. FLOW reserves the right to substitute published prizes with another comparable prize, should circumstances merit. Prizes are not transferable and may neither be exchanged nor redeemed for cash.

12. By entering or participating in this promotion participants agree to be bound by these promotion rules. The decisions of FLOW are final in all matters related to the promotion and no correspondence will be entered into thereon.

13. Publication and awarding of the physical prizes

a) During awarding/handing out of prizes won under the promotion, photos and/or video may be made of the awarding by media specialists engaged by FLOW (‘the Production’).

b) Participant’s refusal to take part in the Production will result in that participant waiving his/her rights to be awarded a prize under this promotion.

c) Photos of winners of the promotion may be published on the UTS-FLOW and/or Liberty Latin Global Social Media channels.

14. A claim to a prize may be forfeited for any of the following reasons:

d) Where the potential winner is contacted by telephone and the telephone rings without an answer for up to one (1) minute, is busy after five (5) tries or goes directly to voicemail.

e) The potential winner fails to produce a valid form of identification.

f) The potential winner does not agree to participate in FLOW’s advertising and public relations campaign, whether in electronic, print or other media or refuses to sign FLOW’s Liability Release Form.

g) The potential winner does not claim his prize within seven (7) days of notification by FLOW. Prizes not claimed within this timeframe. will be forfeited and may be put into subsequent prize draws.

h) The potential winner’s FLOW account is not active or in good standing.

i) The potential winner cannot or does not agree to comply with these rules.

a) By participating in the Production a winner under this promotion irrevocably waives any and all intellectual property rights arising from or in relation with any photographic or video object, image, recording or product – in part or in full - arising from the Production, and the winner irrevocably grants FLOW the rights of usage and distribution of the Production, or parts thereof, through any media during twenty (20) years, starting on the date the Prize is awarded, without the winner becoming entitled to any compensation for such use or distribution. FLOW will be entitled to assign the above rights of usage and distribution to any entity of the Cable & Wireless / Liberty Latin America group of companies, without the winner thereby becoming entitled to any compensation for such assignment, use or distribution.

b) Winners participate in the Production(s) at their own risk.

a) If for any reason whatsoever, the promotion proves impossible to be run as planned because of circumstances including, but not limited to, unauthorized intervention, fraud, technical failures, carnival show cancellation or any other causes, which, in FLOW’s sole judgment, corrupts or affects the administration, security, fairness, integrity or proper conduct of this promotion, FLOW reserves the right - in its sole discretion - to decide on any issue in fairness, to cancel, terminate, modify or suspend the promotion and to select the winners from entries received prior to such event or interruption. FLOW may disqualify any Participant who tampers with the entry process or operation of the promotion or acts in breach with the letter and/or true purpose of these terms and conditions.

b) For all cases in which these terms and conditions do not fully provide adequate stipulations FLOW shall seek reasonable solutions therein weighing its own interests and participants’ interests.

c) If any one stipulation of these terms and conditions would prove void, the remaining stipulation hereof will not be affected.

d) All decisions of FLOW under these terms and conditions shall be final and binding to all persons participating in this promotion.

f) The laws of the territory where the participant’s contract(s) are / were executed are applicable to this promotion and any disputes arising in relation form this promotion can be brought before the Court in said territory, with the exclusion of any other court.